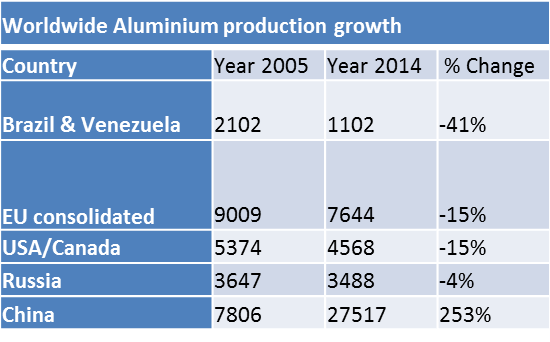 According to the LME, global aluminium prices rose briefly in mid-July to over $ 1,700 per tons for the first time in twelve months. The sudden rise was due to the shock over the Brexit referendum. Prices quickly returned to normal as the global aluminium market is currently well supplied. China being by far the largest producer of aluminium represents a market share of almost 54%. The sharp rise of aluminium prices caused previously closed Chinese production facilities to go back into operation and all surplus materials were also exported.  As a result the aluminium price went back to 12,000 CNY ($ 1,826 USD) per ton whereby the LME average for July 2016 had been $ 1630 per ton – which is considered the break-even amount. 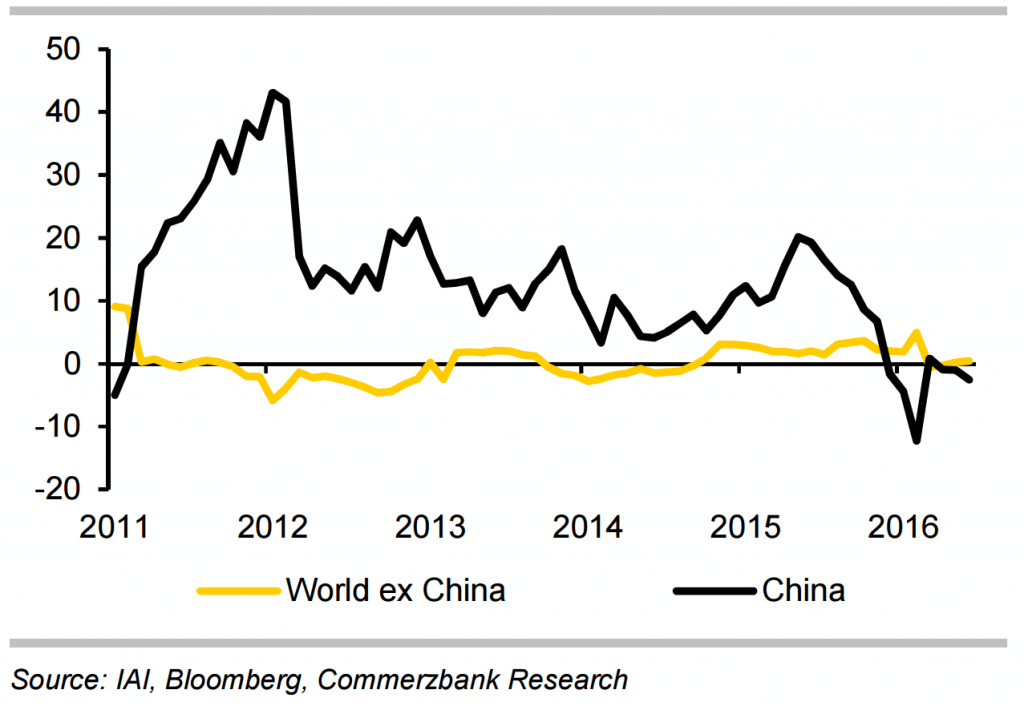 High Chinese production continues to get exported to the rest of the world. The decrease in local Chinese demand for aluminium adds to the pressure of exporting more material. As a result the physical premiums on aluminium have fallen in major countries and regions. 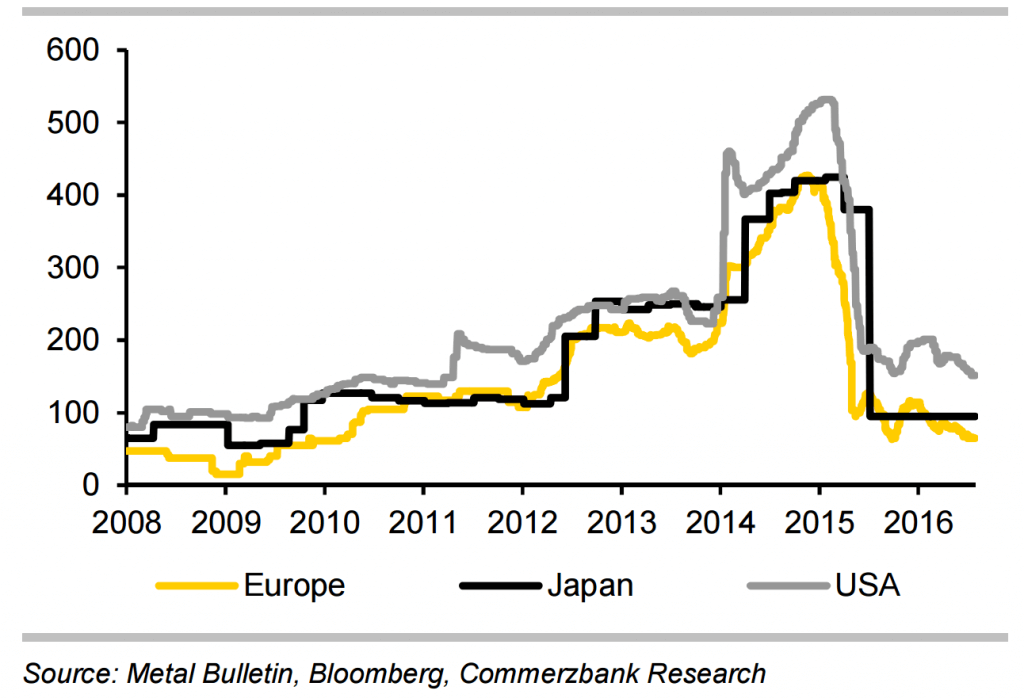 According to industry sources Japanese aluminium producers and consumers agreed to a premium of 90 US $ per Ton for the third quarter of this year. This is 22% less than in the second quarter.  In Europe and the US the physical premiums are also in decline. According to data from Metal Bulletin, the European premium in mid-July was 65 USD per ton. The lowest level since October 2015. In the US, the impact corresponds with a premium of 150 USD per ton. The low premiums indicate that there is no shortage in aluminium supplies and therefore one should expect the price of aluminum to remain in the lower levels.

According to data from the international Aluminium Institute (IAI) the dominant trend (as shown in the chart below) is towards a decrease in the aluminium price. It is expected that the aluminium price will range between $ 1440 and $ 1600 for the rest of the year.

Lodec Jinshu is a leading exporter of Chinese aluminium semi-finished products. We offer tubes, bars, profiles, foil, sheets, strip and plates. With offices in China, Singapore and Germany we are able to offer you high quality products at international competitive prices. Please let us have your specific requirements enabling our export office in Shanghai to provide you with our best offer.